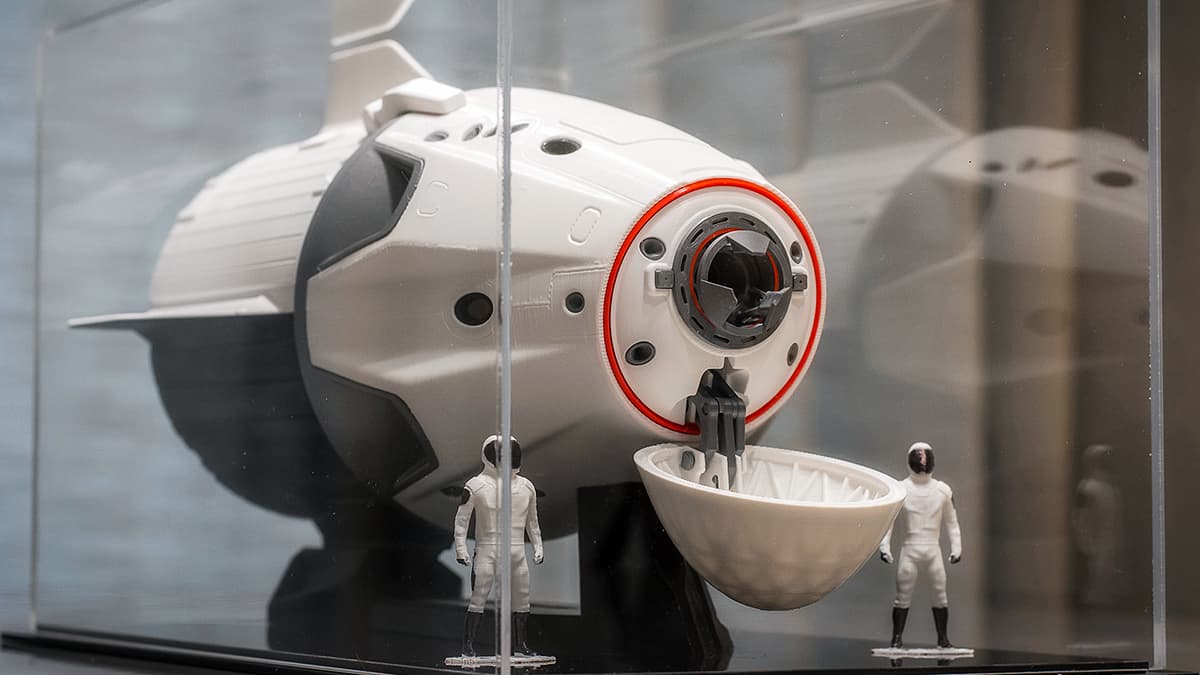 So I decided to compile a list of the differences between the models. The following is an overview of the features and capabilities of these two models.

To start, it should be stated that the new DRAGON-MS model has a ton of additional and upgraded features that aren’t available on the DRAGON-M3 model.

Here are some of the following. 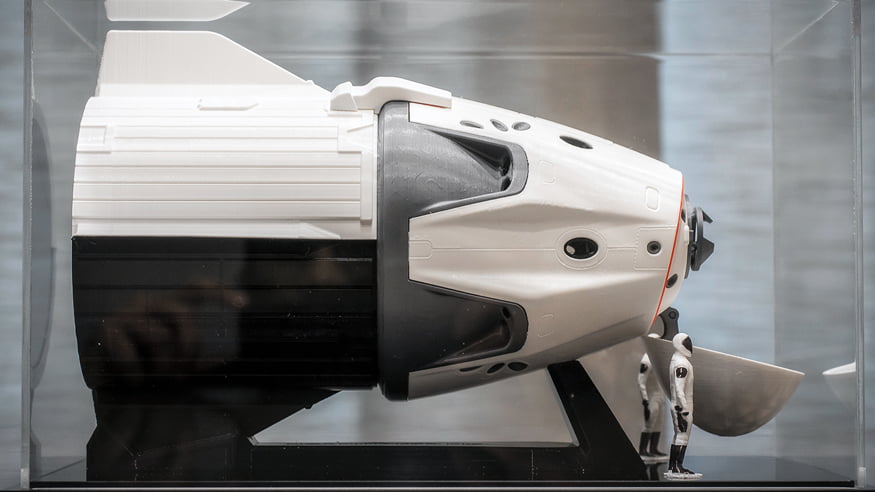 I took the opportunity to rework and improve the exterior of the DRAGON-MS SpaceX scale model in a few ways.

Additionally, I also made the DRAGON-MS more modular. All pieces are removable to have a look at the intricate details inside! This includes a new removable entry hatch, removable outer body to reveal interior of the spacecraft, and a removable main hatch on the ceiling. Exterior windows on the DRAGON-MS SpaceX scale model also got an upgrade compared to the DRAGON-M3. 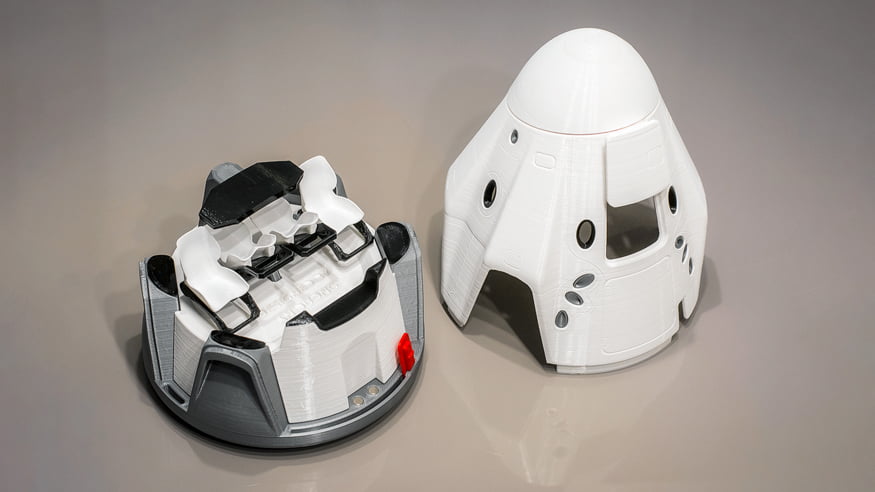 Now the exterior of the DRAGON-MS is more modular, this gives you greater access to enjoy the new interior!

The DRAGON-MS includes four fully adjustable seats. The seats can be adjusted to incline and recline, with each seat able to spin 360 degrees around the x-axis. I really wanted to replicate their movement as per the real ones! For example, the seats are tilted backward before lift-off and raised upward close to the monitors. 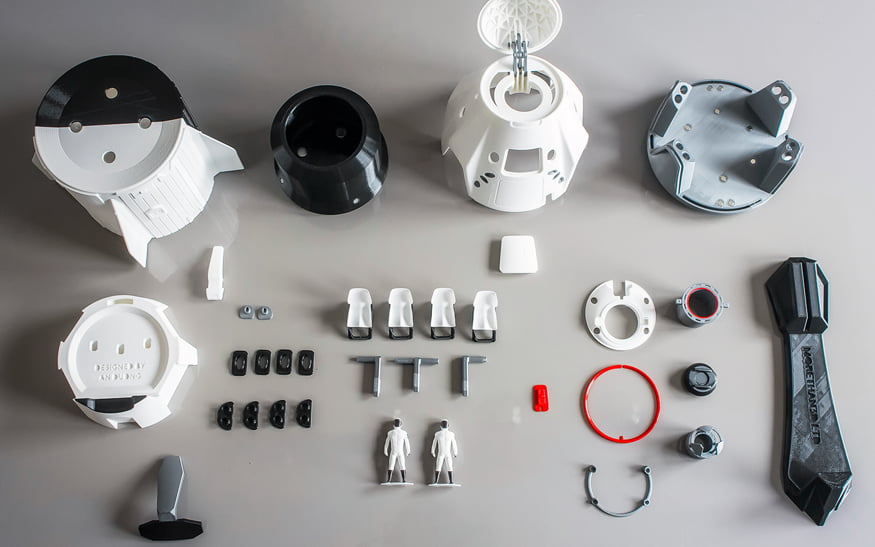 I also explored the possibility of completely redesigning the trunk for the DRAGON-MS compared to the DRAGON-M3.

I reproduced the Trunk’s exterior as closely as possible—replicating the number of radiators, solar panels, and their locations around the trunk. I also added my own personal touch by designing a secret compartment.

To finish, all main parts are totally redesigned, such as the heat shield, body panel, ceiling, floor, and thruster. This is so they can be fitted together without having to use super glue. I also created a super cool stand to hold and display the SpaceX scale model horizontally.

What about the old SpaceX scale model, the DRAGON-M3?

You might be thinking, “With all these improvements in the DRAGON-MS, what advantages does the DRAGON-M3 have now?”

Well the main one is that the STL file for the DRAGON-M3 is now free to download. Enjoy! Head to the DRAGON-M3 product page, download the free SpaceX scale model STL file, and make it yourself on your own 3D printer.

Will you be printing your own DRAGON-M3 SpaceX scale model? I’d love to know how you get on!